Things to Do in Westport

Come out and play in Westport! There are so many wonderful activities, attractions and fun things to do. If you are looking for some family fun or a romantic escape for two, Westport offers many area attractions for all to enjoy! We are located an hour from New York City and an eight- minute drive to the train station. When seeking fun things to do in the area, our staff will be happy to recommend nearby activities and attractions.

Places to visit near The Westport Inn are the , Stepping Stone Museum, Maritime Aquarium, Beardsley Zoo and Earthplace: The Nature Discovery Center.  All are interesting, fun and interactive!

For those that enjoy arts and entertainment, we are conveniently located near many incredible venues where you can experience exciting live events. These venues include: the Levitt Pavilion, the Westport Country Playhouse, the Regina A. Quick Center for the Arts at Fairfield University, the Fairfield Theater Company, and the magnificent newly renovated Westport Library, just to name a few!

Would you rather shop and stop for lunch? The Westport Inn is a five-minute drive to downtown Westport, where there is a plethora of unique high end boutiques and fabulous restaurants with cuisine from all around the globe! If you’re more adventurous and have a love for the outdoors, the Westport Inn suggests you visit the shoreline at Sherwood Island State Park and see the 911 Memorial. You may also take a bicycle ride around the neighborhood on bikes we lend out for your enjoyment!

The Westport Inn is pleased to extend a warm welcome to all Fairfield University athletic teams and visitors year round. Located in scenic Westport, CT, our property is the ideal location, conveniently located off I-95 and just 7 minutes from campus!​​​ When in town, The Westport Inn invites you to stay and relax with us.

The Westport Inn is pleased to extend a warm welcome to  Sacred Heart University athletic teams and visitors year round. Located in scenic Westport, CT, our property is the ideal location, conveniently located off I-95 and just 19 minutes from campus!​​​ When in town, The Westport Inn invites you to stay and relax with us!

The Levitt Pavilion is a spectacular outdoor Preforming arts venue situated along the banks of the Saugatuck River.  From June through September, the Levitt Pavilion presents award-winning artists and rising stars from around the globe, lighting up downtown Westport with an incredible array of arts and entertainment - including a Summer Season featuring 50 FREE (yes, free) nights under the stars.  From rock, pop, blues and folk to jazz, classical, big band and cabaret, there’s something for everyone. Select evenings feature dance, film, the Melissa & Doug Children’s Series, and comedy in partnership with Treehouse Comedy Productions!

High quality live theater performances have been enjoyed by the community of Westport, CT and traveling theatergoers since 1931 when Lawrence Langer, a New York producer and his wife Armina Marshall Langer, founded the Westport Country Playhouse. It’s hard to believe that this nationally recognized, non-profit theater was originally built in 1835 as a tannery or that it also became a steam powered cider mill. The Playhouse has showcased many gifted actors such as Earl Jones, Gene Wilder, Paul Newman, Bernadette Peters and Joanne Woodward. Woodward, a well-known actress, wife of Paul Newman and artistic director of the Westport Country Playhouse, helped to initiate the multimillion dollar renovation completed in 2005. 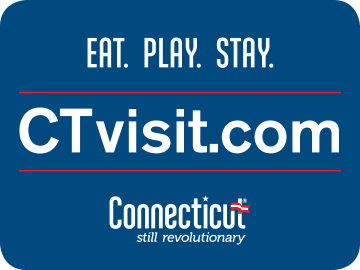 For more information about everything going in the Fairfield region visit CTvisit.com